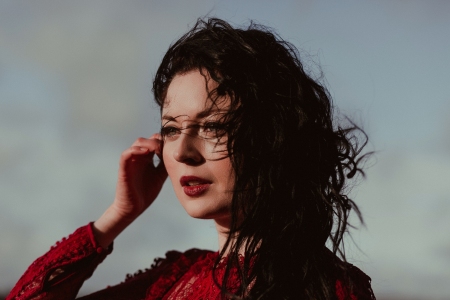 Fast rising star on the U.K. Folk/Americana scene Emily Mae Winters has that rare quality in a singer that makes critics reach for the superlatives. Described as having a voice that “stops you in your tracks” and “arresting, enthralling, tantalising” by Americana UK, Emily combines straight-to-the-heart bittersweetness with her own unique passion and drama in performance. Emily Mae Winters’ exquisite songs which sit between the stormy seas of folk and country are influenced by artists including Alison Krauss, Emmylou Harris, Gillian Welch and Sarah Jarosz. Emily’s self-penned debut album Siren Serenade was produced by BBC Folk Award Winning producer Ben Walker. Described as “Vibrant and experimental” by Songlines magazine, one of the record’s standout tracks ‘Anchor’ won her the Guardian Songwriting Competition.

Siren Serenade was released to critical acclaim, picking up plays on U.K. radio including the BBC Radio 2 Folk Show, BBC Good Morning Sunday as well as international folk and Americana radio in the U.S. Winters received a scholarship to showcase at Folk Alliance International in the U.S. The album was then selected in the International Americana Music Show’s top ten albums and featured in American Songwriting Magazine’s reviews of the month as well as being shortlisted for the Fatea Debut Album of the Year and winning the Best Debut Album of the Year in the Laurel Canyon Music Awards. Her first headline tour of the year led to invites to play to her largest audiences yet including Cambridge Folk Festival and Moseley Folk Festival among others. Winters embarked on her third headline tour this year with a band, playing some sell out shows.

“High Romance’ is an album consisting of all original songs and I hope will mark a change in sound and style from my debut album ‘Siren Serenade’ which was heavily rooted in Folk. I grew up listening to a wide range of artists rooted in the folk, Americana, Country and Singer Songwriter traditions and so I hope with the making of this second album to find a fusion of transatlantic sound that blends the parts that I love from these genres together and creates something unique.

These new songs deal with a wide range of subjects which will all in some way examine the meaning throughout history of what the concept of ‘romance’ has truly meant. For some writers and artists, it has meant what a lot of us today recognise as roses, candlelit dinners and the stereotypical Valentine’s Day love. For others it has meant escapism, hope, loyalty, idealism, optimism, following your path and/or  searching for a utopia.

Therefore, on this album you will not necessarily find a host of standard love songs. You will hear songs which deal with sunshine and rain, the movement of people, the struggles of modern technology, growing up, following your dreams, travelling/being on the road and yes of course; ‘love’ in all it’s different forms.

When I was living in London in my early twenties, alongside writing songs and having many odd jobs, I worked at Keats House Museum. I also performed as a Shakespearean actress. Shakespeare certainly had some beautiful things to say about love/ romance and so did my favourite romantic poet John Keats. In one of my favourite poems by Keats: ‘When I Have Fears’, he looks up at the night sky as his dying day approaches and sees ‘Huge cloudy symbols of a high romance’. He worries that he and his pen will not live long enough to trace them all. It was this line that inspired the album title and concept. I’ve always been a ‘hopeless romantic’ but I think the older I get, the more the meaning of that phrase changes for me.” Emily Mae Winters 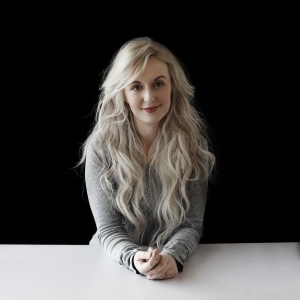 Hannah Rose Platt is an acclaimed singer-songwriter, talented guitarist and storyteller.  Hannah has just finished recording her second album, a co-production with AMAUK Instrumentalist of the Year Winner, Thomas Collison (Dreaming Spires, Danny & the Champions of the World) due for release 2019. Her latest video ‘Chanel and Cigarettes’ debuted on SKY and Freeview TV, she also performed live on BBC One and was named as a rising independent star on the Americana scene in ‘Billboard’ magazine.

Hannah recorded her debut album Portraits in Nashville where she worked with some of the industry’s leading names, Grammy award-winning musicians Mark Fain, (Ricky Skaggs, Dolly Parton) Stuart Duncan (Emmylou Harris, Dolly Parton, The Nashville Bluegrass Band, Robert Plant & Alison Krauss) Her melodic, poetic and powerful music offers self-written narratives to ordinary people who had no one to unfurl their stories; tales of luck, stoicism, loneliness, love, heartbreak and hope. She warmly builds characters like an author, penning songs that almost eavesdrop on other people’s lives. ‘Portraits’ was released independently to widespread critical acclaim, receiving 5star and 4star reviews across the board after which, she was invited to legendary BBC broadcaster Bob Harris’ home to record a live session for his ‘Under the Apple Tree’ youtube channel. Championed by broadcasters Sid Griffin, Baylen Leonard and Ralph McLean, Hannah has also had TV sync successes, with several tracks used for Channel 4, and considerable airplay on BBC, national and international radio.