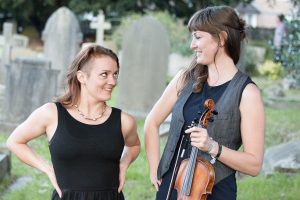 Hannah James, one of the UK’s top folk musicians, and Ireland-based Austrian fiddle-singer Claudia Schwab are teaming up for a series of concerts this Spring, and it promises to be a truly special evening of cross-cultural music. 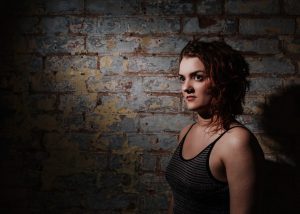 Hannah has emerged as one of the most imaginative and adventurous artists on the folk scene. First coming to national attention as accordion player and singer with the band Kerfuffle, she was in an acclaimed duo with Bellowhead’s Sam Sweeney, is a member of female vocal harmony trio Lady Maisery, and has worked with folk legend Maddy Prior in the trio 3 for Joy.

Hannah amazed audiences across the UK with her breathtaking one-woman show JigDoll when it debuted in 2015. The show has now grown to include a brand new lineup of musicians who are all masters of their field: percussionist Cormac Byrne, fiddle player and singer Kate Young and bassist Marti Tarn. 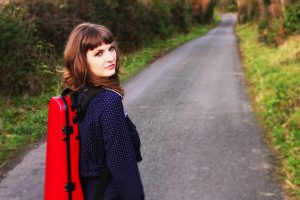 Claudia is an originally Austrian fiddle player, singer and composer, who lives and works in Ireland. Stomping rhythms, fiery reels, consoling Indian raags and funk-beat yodelling abound in Claudia’s blend of Irish, Indian, Swedish and Eastern European folk music styles overlaid with Austrian yodelling. Her musical journeys brought her to Egypt, California, Italy, Slovenia, India, Ireland, New York, Moldova, Transnistria, Estonia, UK, Spain, Tchech Republik, Sweden, Austria, Switzerland, Germany and Hungary, as part of orchestras and bands as well as touring her solo project. Since having completed her BA in music and psychology in 2012 and an MA in ethnomusicology at UCC in 2013, she works as a freelance musician. Current projects include collaborations with German Jazz legend Matthias Schriefl, Scottish fiddle-singer Kate Young (“Kate in the Kettle”), the “Craic Addicts” (IRE), Hannah James, Austrian string trio “Netnakisum” and the Irish Gamelan Orchestra. Her debut solo album ´Amber Sands´ was released in April 2014, followed by her first EP “Attic Mornings EP” (special edition on vinyl) in October 2016 and her second full album “Attic Mornings” in  2017.