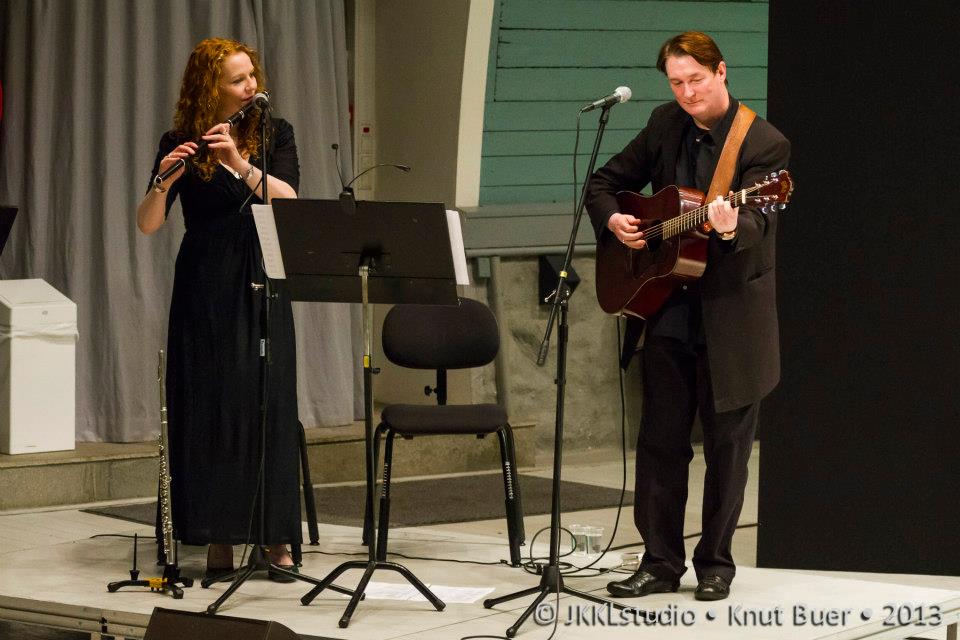 Long standing stalwarts of the London folk scene Jacquelyn Hynes and JEoin will be providing an evening of traditional and contemporary Irish song and tunes, expect ‘Totally modern and enchanting songs’ served by JEoin alongside gifted, innovative flautist Jacquelyn Hynes

Together Jacquelyn and JEoin have regularly toured Norway, supported the likes of Lunasa, Donal Lunny & Michael McGoldrick, performed around the UK in support of Jacquelyn’s first album ‘Silver & Wood’ (released in 2014 to critical acclaim “Full of innovation and imagination…bewitching. “  Irish Post “Good stuff” Mike Harding) and are both extremely experienced performers in their own rights.

Jacquelyn is both a highly sought after performer and an experienced music teacher and lecturer, currently Flute and Folk lecturer at Morley College and Flute and Whistle tutor at the LondonIrish Cultural Centre.

Limerick born JEoin has been based in London since the late 80’s an acclaimed Singer Songwriter rooted in Irish traditional song and storytelling.