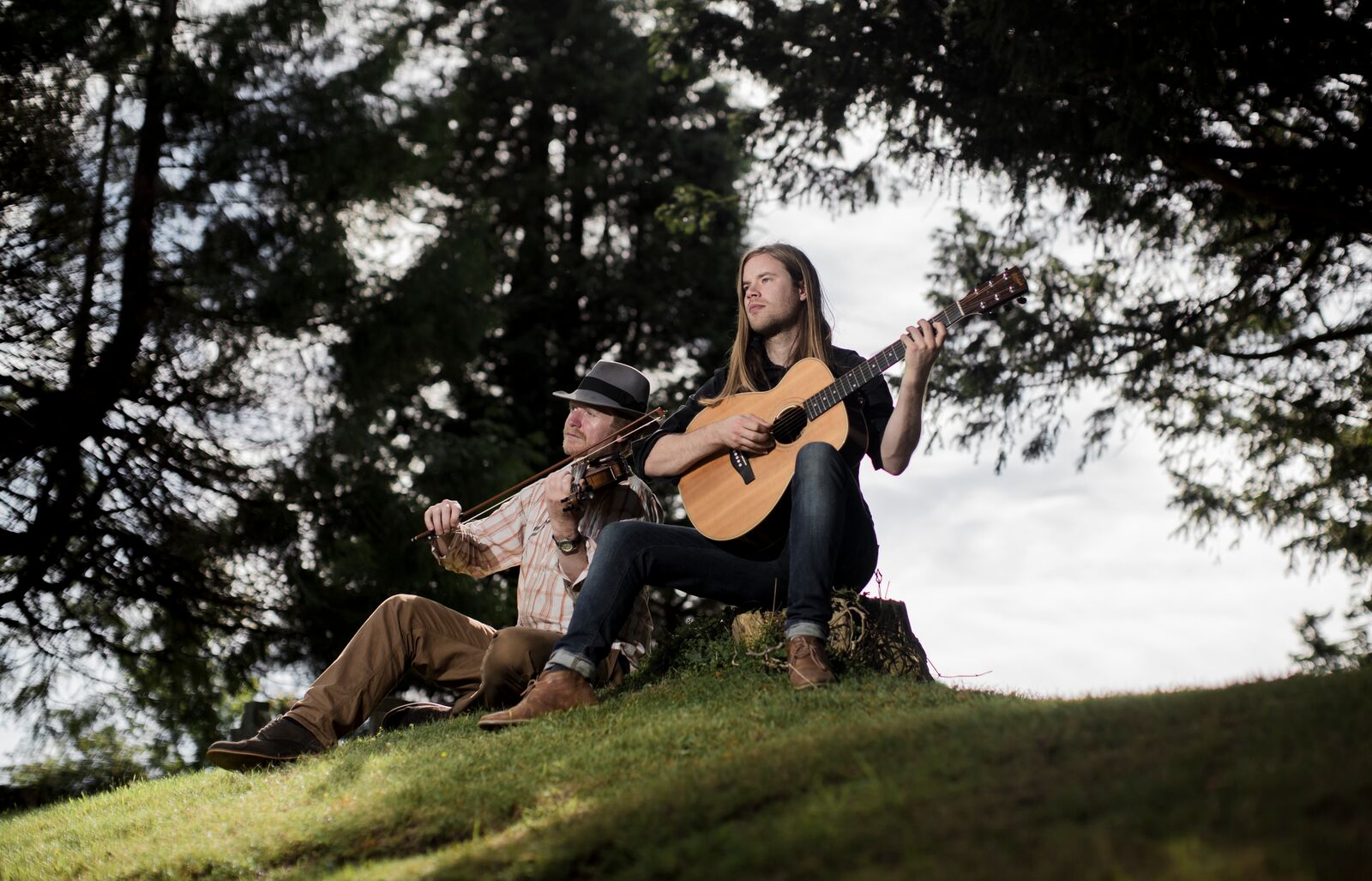 Best known as the virtuoso guitar and fiddle players from the band Sheelanagig, Kit Hawes and Aaron Catlow draw on their many influences to created unique arrangements of traditional music, as well as their own compositions. The live show is a musical journey through Europe, America and beyond, combining dazzling playing with a fine sense of musicality and showmanship.

Kit Hawes and Aaron Catlow’s debut album ‘The Fox’ has been received with critical acclaim. It explores the relationship between fiddle, guitar and voice, using the fertile ground of the traditional music of the British Isles as its starting point. The product of decades of musical experience, the track listing combines self penned tunes and folk tales, all intricately arranged and heartfelt.

“Never a dull moment, with imagination firing throughout and an abundance of creative energy” – Living Tradition