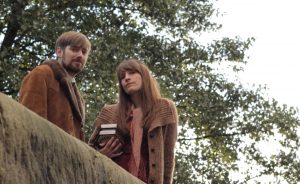 Laura Smyth and Ted Kemp take “a no-nonsense approach to traditional English folk song, taking our cues from revival singers such as Frankie Armstrong, Peter Bellamy and the Watersons and placing an emphasis on strong vocals, tight harmonies and unfussy arrangements.
With repertoire drawn from and inspired by our homes in the North West and East Anglia, expect to hear a distinctive range of songs sung with passion.”

“Sporting lovely artwork and informative sleevenotes, this is a beautifully conceived album. The sheer quality of the performances and the trademark subtlety of Ian Carter’s production ensure that it’s also one that won’t date. Older readers will doubtless be familiar with Folk Songs Of Old England – the 1968 Tim Hart & Maddy Prior album that attained the status of a folk singer’s instruction manual for a whole generation of club singers. The current crop should just start with this one.” Steve Hunt – Froots 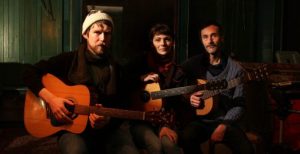