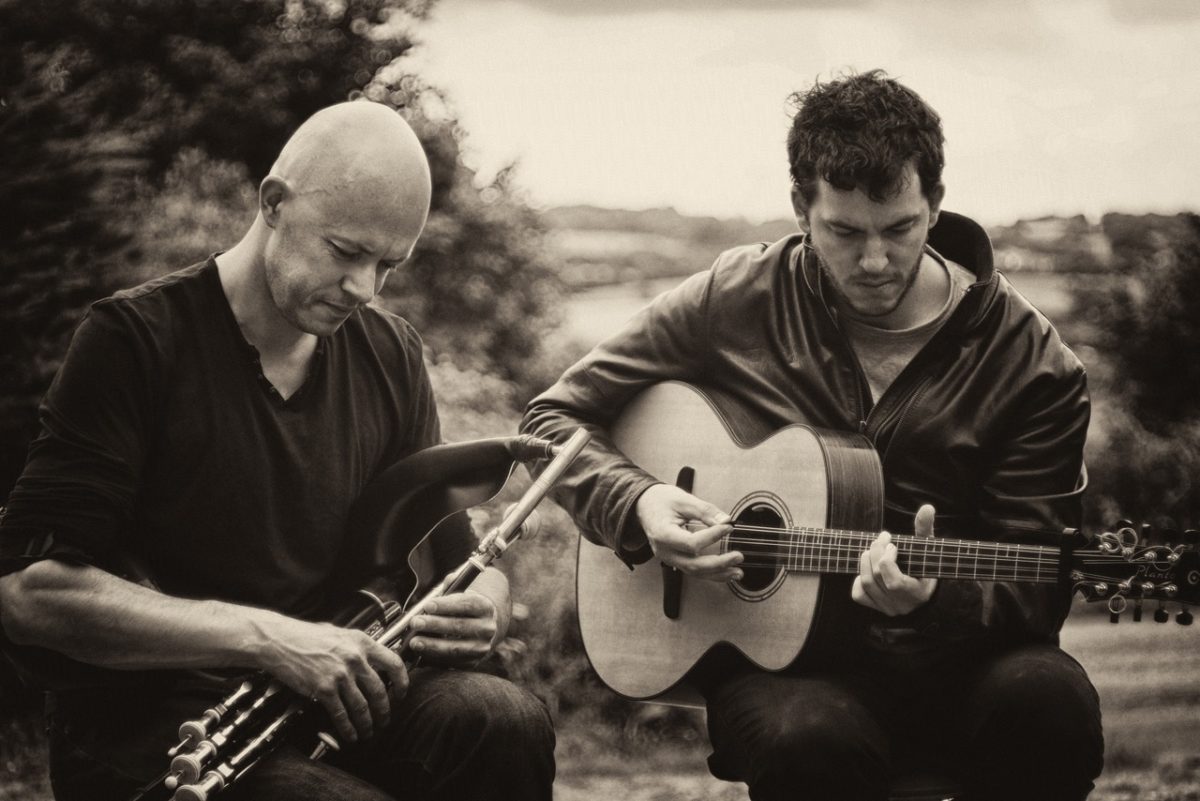 Two musicians from either side of the channel playing the very best tradition Irish music. LoÏc Bléjean on uilleann pipes and whistles, and Tad Sargent on bouzouki-guitar, bodhran and vocals.

Loïc Bléjean is a Breton uilleann pipes and low whistleplayer. Deeply rooted in Irish traditional music, he is also a very versatile musician, having taken part in many differentprojects over the last twenty five years.

He started with the pipes in 1989 under the tuition of Alain Le Hegarat.

Among the recent musical experiences (orchestral ensemble “Ars’Ys”, or progressive rock “Children in Paradise”), he is now working with jazz musicians Gildas & JB Boclé, in the exciting Boclé Bros. Band. A new album, freshly recorded in NYC and Brittany.

In the village of Tréméven on the north coast of Brittany, Loïc and his brother Ronanfounded Irish Rendez Vous Music Festival, promoting irish traditional music at its very best since 2009.

London Born Tad Sargent, whose family roots come from Castlebarr in county Mayo, started playing music at a young age on the piano. He discovered the bodhran in 2002 after re-discovering his love for Irish music from sessions run by famous banjo player Mick O’Connor.He picked up the bouzouki in 2008 and became one of a few bouzouki players to favour the guitar shaped design.

In the last few years Tad has played with many great musicians in the Traditional Irish music scene including Luke Daniels, Cara Dillon and the Long Notes. However he has also branched out into mainstream folk and other genres. He is a member of the band Ranagri, who have just released an album with Tony Christie (Amarillo fame). He is also a member of Irish Traditional band CrossHarbour, who released their critically acclaimed album in 2014.