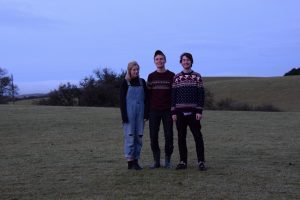 Sassafras trio is made up of three string players from different reaches of the folk tradition. Laura Jane Armstrong is from Scotland, Dominic Ingham English and Will Sach American – meaning their music is drawn from across the sea as well as home country. They have been writing music together for a few years now and have created a new sound influenced by the likes of Chris Thile, Kit Downes and Aidan O’Rourke. Between us we have played at many venues across London and even the world, from Berlin Cathedral to Ronnie Scotts as well as being featured on Swedish radio, WBGO a New York radio and the BBC 3. Their music is nature and story based music stemming from their close friendship.